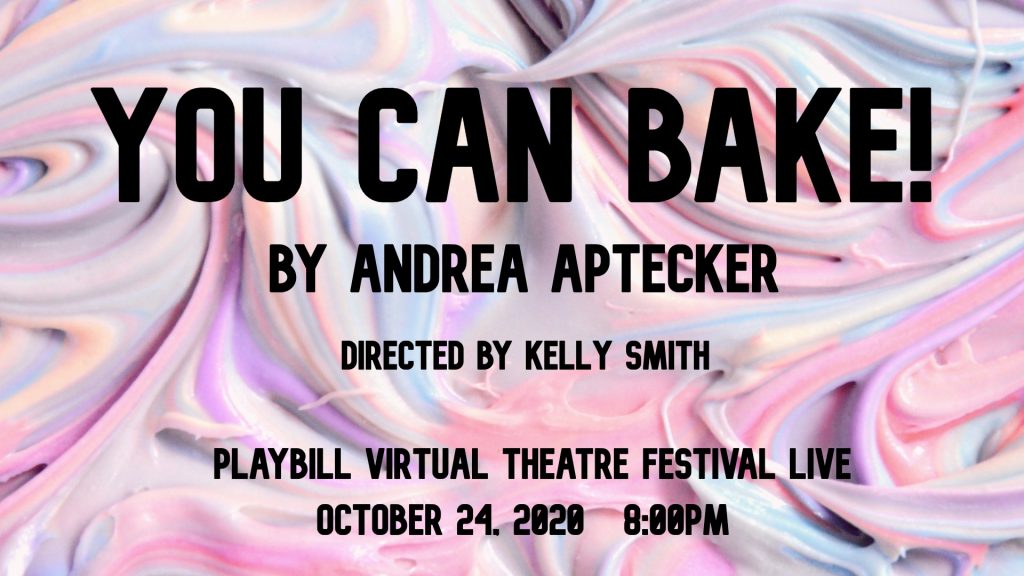 Desperation takes hold when Lila realizes her Zoom baking class is going off the rails. Her students don’t listen, the technology is imperfect, baking via Zoom is harder than it looks, and to make matters worse, her ex-boyfriend is taking the class–and he’s intent on winning her back in excruciating sonnet. It turns out, Zoom has its limits, and teaching is not always a piece of cake. 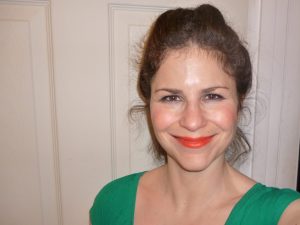 Andrea Aptecker (Playwright)
Andrea serves on the Board of Directors of Playwrights’ Platform, a collaborative for Boston-area playwrights and actors, and is a member of the Dramatists Guild of America. Her plays have been performed across the United States and UK. You can read her plays on the New Play Exchange: https://newplayexchange.org/users/42328/andrea-aptecker 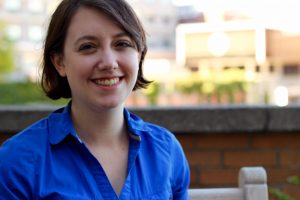 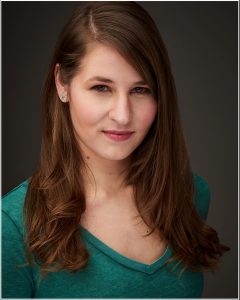 Sarah Jacobs (Lila)
Sarah has never made an Angel Food Cake. She is a Boston area local, a graduate of Brandeis University, a Company Member at Open Theatre Project (theopentheatre.com), and an adequate baker. She can also be seen around the Boston Area making up American history with Improvised History (improvhistory.com). 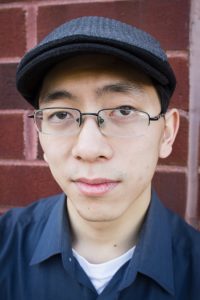 Michael Lin (Martin)
Michael is a Boston-based playwright, actor, and Foley artist. He has collaborated with such local theatre groups as the Post-Meridian Radio Players, Theatre@First, and Flat Earth Theatre. When not involved in theatre, Michael is a copyeditor with a science journal publisher. He lives in Brighton with two friendly roommates and one undecided cat. 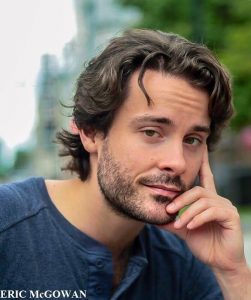 Eric McGowan (Lorenzo)
Eric is an actor and theater educator based out of Boston MA. Acting since he was 6, Eric has performed in plays ranging from Shakespeare and other classics to experimental new works. Eric is thrilled to be working on such a funny, topical show with such a fantastic cast and crew. 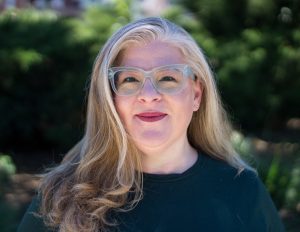 Lynn Wilcott (Tatiana)
Lynn is an actor, singer, and special effects designer in Boston, and is very honored to appear in her first virtual theatre project! She spends her days in the Transplant Division at Massachusetts General Hospital. She would like to thank her gorgeous family and hilarious friends for their continued support and inspiration. XXXX to the Most Favored Weirdo