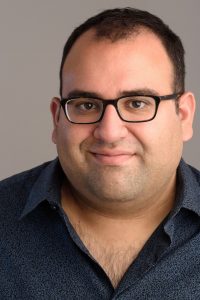 Jonathan Marballi is a half-Indian, quarter-Sicilian, quarter-Russian-Jewish actor, writer and producer who grew up in the midwestern United States and overseas in Asia. He has appeared on a variety of shows including Broad City (Comedy Central), Thingstarter (SeeSo), and House of Cards (Netflix). He is an alumnus of the Upright Citizens Brigade and spent several years performing on a variety of house improv and sketch teams at both their New York and Los Angeles theaters. He has also worked at a number of theaters around the country including The Flea Theatre, Berkeley Rep, and Shakespeare In the Parking Lot. He holds a degree in computer science & engineering from The Ohio State University, even though he spent most of those four years ditching class in lieu of rehearsal. 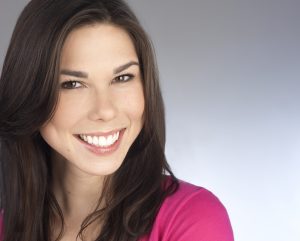 Danielle Trzcinski first gained attention with her first musical Non-Equity The Musical! which was a hit in the New York City International Fringe Festival and is now a cult classic for musical theatre nerds! Since then, Danielle has written the book and lyrics to several shows including New York Times Best Selling Author Sheryl Berk’s Dance Divas Nutcracker Ballet which was Off Broadway on Theatre Row. Her dark comedy The Bridge Play was one of six plays selected to be part of the SummerShortsNYC series & the Play with Your Food Festival along with playwrights Neil LaBute & David Auburn. Danielle has written several stand alone musical theatre songs that have been seen from Lincoln Center to Poland. As a performer Danielle has been all over the world having been a part of six different touring shows including Nickelodeon and Spank! The Fifty Shades of Grey Parody for which she wrote one of the songs “Please Don’t Spank My Butt.” Danielle was also the lead producer, writer, and star of the new hit girls night out musical comedy Little Black Dress which just finished playing its 25th city.